On a port of call to Cherbourg, Le Commandant Charcot hosted her first science workshop on 21 and 22 April, 2022.

Feedback on the first few months and the research projects conducted on board, opportunities offered, what needs to be improved, and more generally the challenges for science in polar environments.

For this occasion, about fifty researchers and representatives from international institutions attended. Among them were representatives from the German Alfred-Wegener Institute of polar and marine research, the Italian national research centre (CNR), Duke University (USA), the French National Centre for Scientific Research (CNRS) and The Ecole Pratiques des Hautes Etudes (EPHE-PSL). Several members of the board of the French National Committee for Arctic and Antarctic Research (CNFRAA, associated with the Academy of Sciences) were also present.

Olivier Poivre d’Arvor recalled the challenges facing the “polar strategy” that France has just adopted, promoting in particular long-term scientific research, improving knowledge of polar environments, encouraging innovation, and strengthening environmental protection at European and international level. He highlighted one of the levers, that of public-private partnerships, of which the PONANT Science programme is a prime example, with scientific research projects being undertaken on every voyage since Le Commandant Charcot launched in autumn 2021.

The workshop was a reminder that with four scientists aboard per cruise, all slots for 2022 had been allocated, and that this will probably be the case for 2023 as several international institutions have already pre-empted slots made available to them by PONANT in the coming months. This result is down to the fact that from the start the ship was designed and equipped to meet the technical and logistical needs of researchers with two equipped laboratories on board.

The studies and monitoring by researchers aboard Le Commandant Charcot in the polar regions are a continuation of research opportunities already undertaken by PONANT to contribute to a better sharing of the knowledge on the polar regions and the ocean protection. Gaining a better understanding of ecosystems towards which we are sailing, while working to safeguard them, is a major and ongoing mission that we are proud to be able to contribute to. 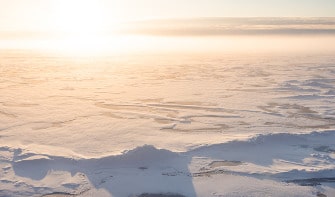 The maritime routes Le Commandant Charcot takes are also a major advantage, especially as she is one of the only vessels to sail to such secluded locations. On Le Commandant Charcot, biologists, geographers, oceanographers, climatologists and ethnologists can go to remote polar regions in complete safety and on a regular basis.

During the workshop, Jérôme Chappellaz, Research Director at the CNRS and former director of the French Polar Institute Paul-Emile Victor (IPEV) quoted the Northwest Passage as an example as the most interesting Arctic maritime route for French researchers who have expressed interest for the scientific research programmes on Le Commandant Charcot.

Several studies that have taken place on Le Commandant Charcot since November 2021:


The workshop was also an opportunity for everyone to present and share the results of their projects and the data collected, which are also available to the community on open source.

The body managing PONANT’s first call for projects and helping to assess the responses is the European association ARICE (Arctic Research Icebreaker Consortium), financed by the European commission. It comprises experts from across the international scientific community who study dossiers covering a range of research fields (climate, fauna, pollution, etc.) according to usual criteria for European consortia: quality of the project and the associated scientific research programme, and impact on society.

PONANT’s actions also involve raising guests’ awareness of the need to protect the planet including through citizen science projects. On Le Commandant Charcot expert naturalists run workshops so that everyone can participate in the research either with experiments or collecting data that is fed into databases. As part of their mission, scientists share their experience and knowledge with guests during lectures.