Long beaches with dunes and fine sand, volcanic deserts, lush countryside, African and Portuguese cultural influences... The Cape Verde archipelago promises a range of experiences in the heart of the Atlantic Ocean. Further south, around 20 kilometres from the coast of Guinea-Bissau, the Bissagos Islands are unspoilt and authentic, with the locals perpetuating age-old traditions. An unforgettable journey awaits.

All about cruises Bijagos & Cape Verde

Two archipelagos, two destinations. Although the Portuguese managed to take over in Cape Verde, which still has a colonial flavour, the Bissagos Islands have always resisted the West. Travel to Cape Verde and the Bissagos Islands and you will learn about two unique cultures which remain untainted thanks to their location in the middle of the Atlantic. 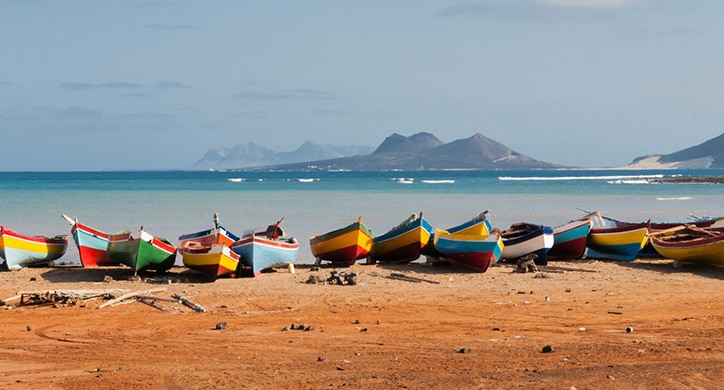 Off the African coast, in the middle of the Atlantic, Cape Verde and the Bissagos Islands offer two different travel experiences. The first is popular for its multicultural feel and islands with varying panoramas, while the second is attractive due to its authenticity and the experiences it provides off the beaten path. 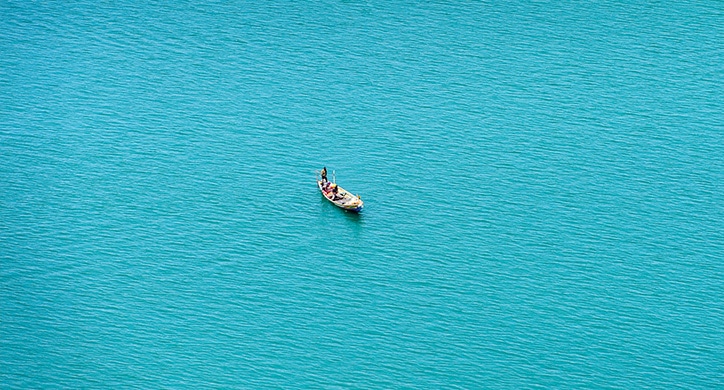 An encounter with the exceptional wildlife of the Bissagos Islands

Two archipelagos, two destinations. Although the Portuguese managed to take over in Cape Verde, which still has a colonial flavour, the Bissagos Islands have always resisted the West. Travel to Cape Verde and the Bissagos Islands and you will learn about two unique cultures which remain untainted thanks to their location in the middle of the Atlantic.

Santiago Island is somewhere you must visit when travelling to Cape Verde. It is home to the archipelago's capital, Praia, where the lively markets are the most interesting feature. To see Santiago's beauty, you should head to the middle of the island. The full beauty of the Cape Verde countryside is on display: fields of crops, banana plantations, farms, rocky peaks... The many viewpoints offer superb panoramas. West of Praia, Cidade Velha is a special place to stop. This was the first town built by the European colonists off the coast of West Africa. Nossa Senhora do Rosario, the oldest colonial church in the world, is located here. Cidade Velha's historic centre has been a UNESCO World Heritage Site since 2009. 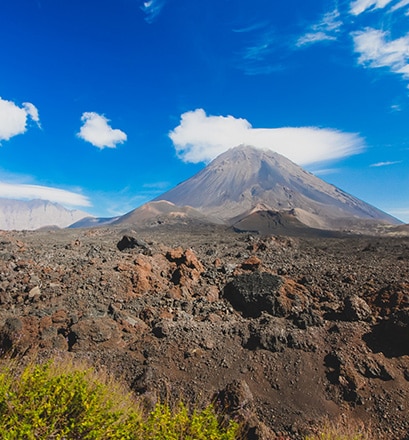 Fogo is one of the southernmost islands in the Cape Verde archipelago. It is also the highest and has one of the most formidable volcanoes. Pico de Fogo is 2829 metres tall and sits in the middle of a huge national park. Its lunar landscapes extend for miles around. Lava flows, stony terrain and black-sand beaches create a unique feel on this island which also has a few picturesque villages. Mosteiros is one example. This is where the famous Fogo coffee is made. 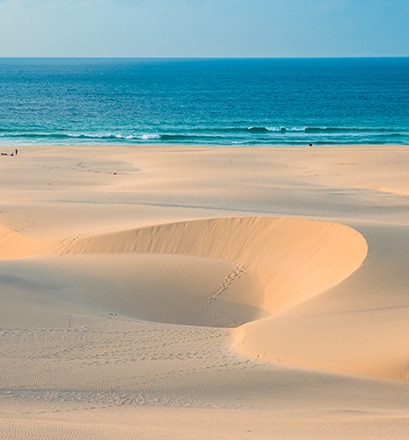 People call it "the fantastic island" or "dune island", but Boa Vista actually means "beautiful view". This is the location of one of the world's most beautiful beaches: Praia Santa Monica. Covering several hundred metres in the south-west of the island, it is loved by birds and turtles alike. The Chaves seaside dunes are also famous for their unusual beauty. Battered as they are by the wind, the coasts are a paradise for kitesurfers, but also have quiet spots for bathers and snorkelling lovers. 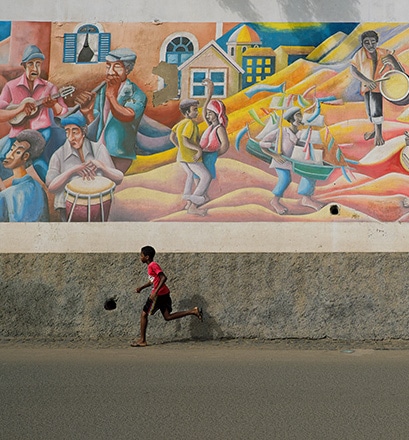 Take in some culture in Mindelo, São Vicente - Cape Verde

São Vicente was basically uninhabited until the 19th century, when the Portuguese decided to build the town of Mindelo in a splendid bay. This trading port on the Antilles and America route grew fast. These days, it's nice to see the colonial buildings including the Governor's palace, the colourful houses and the omnipresent sense of culture. Mindelo is where the Cape Verde singer Cesária Évora was born. It hasn't forgotten her and continues to organise music and theatre festivals annually. 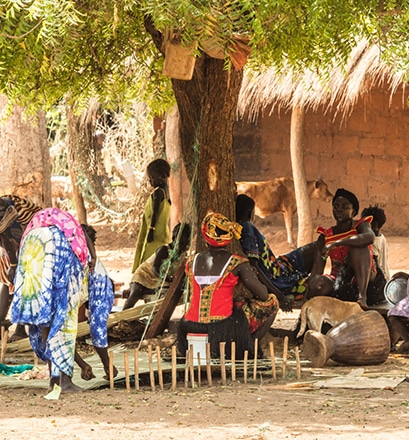 Few people have the chance to go here. Just 20 kilometres or so from the coast of Guinea-Bissau, the 88 Bissagos Islands are like an unbelievable explosion of nature. Only 23 are inhabited by tribes who have been living in harmony with their environment for millennia. Among them are the islands of Caravela and Carache, which make travellers feel like true explorers. They are reached by Zodiac boats which land on immense desert beaches. You head into the forest and mangrove, which gradually reveal clearings containing a few huts with palm leaf roofs. You're then guided around these villages with unchanging traditions and animist people. Some areas of the Bissagos Islands are also out of bounds to the uninitiated... 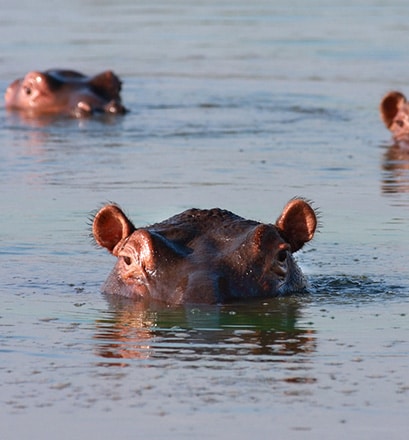 Golden beaches, inlets winding into the mangrove, marshy pools with aquatic plants… The Orango National Park in the Bissagos Islands aims to protect these marine areas and their endangered species. These include the marine hippopotamus, which is only found here. The park also protects rays and sharks from intensive fishing, making it the last-remaining sanctuary in West Africa alongside the Banc d’Arguin National Park in Mauritania.

The Bissagos Islands run an unusual matrilineal society, meaning the women "have recognised authority when it comes to organising work, managing the economy, making decisions and laying down the law, without leaving men out" as anthropologist Anna Boyé explains. It is also important to note that women have freedom in their marriages. They choose their own partners, making love matches rather than being forced into specific marriages by their families or clans.

In Cape Verde, half the population speak Portuguese, while the other half speak Criolo: Cape Verdean Creole. The same setup applies to the Bissagos: Portuguese is used, but the Bissagos people have their own dialect. Below are some Portuguese phrases.

The typical dish in Cape Verde is katchoupa or cachupa: a kind of hearty soup. It contains ground maize, white beans, potatoes, cabbage, chicken, pork, lard, sausages, onions, garlic and coriander and is slow-cooked in a big pot. When ready, it is eaten in two stages: first the soup, then the bits. The latter are fried off before being eaten. Both can be accompanied by Creole rice.

According to a legend mainly passed on by word of mouth, God made the 10 Cape Verde islands after He created the world. He threw a few handfuls of earth into the Atlantic to build up this isolated archipelago.

The General Interest Association Noé aims to protect biodiversity in France and elsewhere. Among other things, it works to conserve marine biodiversity in the Orango National Park in the Bissagos Islands. It especially aims to study the effects of climate change on the region's biodiversity, to protect local species and to set up a community surveillance network to combat illegal fishing, while contributing to sustainable local development.

Books. Written in 1936 and published in 1947, Chiquinho by Baltasar Lopes da Silva is considered to be the best novel in Cape Verdean literature. It acts as an ode to the archipelago, asserts Cape Verde's unique culture and criticises systems that mean an entire people are abandoned. These are universal issues for a work that has gone down in history.

Music. It is impossible to talk about Cape Verde without mentioning Cesária Évora, who popularised morna: music characterised by its nostalgic laments and classified as Intangible Cultural Heritage of Humanity in December 2019. However, a wide range of music genres coexist: zouk, bossa nova, cumbia, rumba, samba, etc.

The Bissagos have 88 islands, of which just 23 are inhabited. The archipelago has been a UNESCO Biosphere Reserve since April 1996 thanks to its rich biodiversity. It is estimated to receive around a million aquatic birds each year. It is also West Africa's biggest green turtle egg-laying site. According to UNESCO, "of the eight species of turtle that exist, five visit the beaches of the Bissagos archipelago".