Panama is world-famous for its canal, but that's not all the country has to offer. While crossing the structure is certainly one of the highlights of a cruise in Central America, Panama also has many incredible natural sites of interest, where encounters with wildlife and indigenous communities are sure to forge touching memories.

All about cruises Panama Canal

What would a Panamanian cruise be without crossing the famous canal? But that's far from the only thing the country has to offer! Natural parks and sandy beaches give this destination a picturesque and exotic quality that contributes to its appeal.

What are the customs in Panama? How should I behave? What do they eat? Here's some useful information to help you get to know this exotic destination a little better and fully enjoy your Central American cruise. 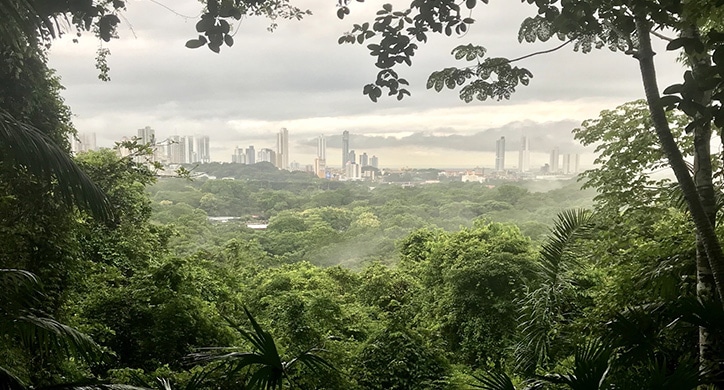 What would a Panamanian cruise be without crossing the famous canal? But that's far from the only thing the country has to offer! Natural parks and sandy beaches give this destination a picturesque and exotic quality that contributes to its appeal.

See the canal in operation and the ships passing from one ocean to the other... From the footbridges of the Miraflores Locks, located on the Pacific Ocean, Panamanian cruise visitors can see the constant flow of ships passing from one coast of the continent to the other.
The nearby visitor centre focuses on the history of the canal's construction and also gives visitors the opportunity to have fun as they explore the area's biodiversity and surrounding environment.

Biodiversity is also under the spotlight in architect Frank Gehry's first museum in Latin America. Opened in 2004 and located south of the canal, the Biomuseo highlights the natural and cultural heritage of Panama and its incredible formation three million years ago, taking the place of the Central American sea. A land submerged between two continents, separating the Pacific Ocean and the Caribbean Sea, the isthmus has influenced the distribution of underwater species, as you can see in the two large aquariums of the museum. It also has had an influence on the exchanges between people and countries for hundreds of years. 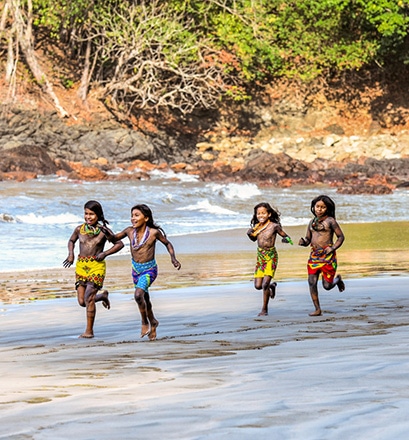 A UNESCO World Heritage Site since 1981 and the largest protected area in Panama, Darién National Park hosts a wide range of unique flora and fauna. During your Panamanian cruise, you'll be able to get a bit closer to one of the 169 species of mammals and 530 species of birds. Many endemic species have been recorded on the 575,000 hectares of coastline (beaches, creeks, mangroves), plains (rivers, rainforests) and mountains (palm forests) that make up the park.
The Darién National Park is also unique due to the incorporation of indigenous populations and their way of life in this protected area. Indigenous peoples such as the Emberá Indians can therefore carry on their traditions on their own land. 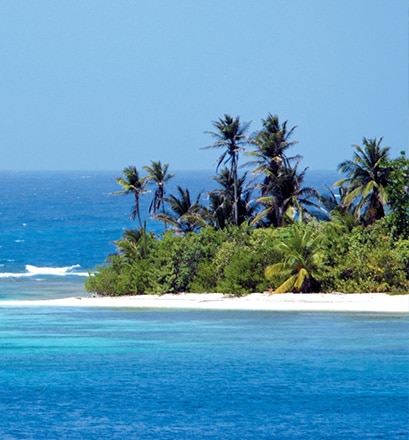 In the 19th century, the finest natural pearls brought to Europe were fished from this group of small islands where oysters thrived. Although the pearls have been exhausted, the Pearl Islands have still kept their reputation as an earthly paradise. Visitors adore the white sandy beaches lined with palm trees, schools of fish and turquoise waters attract divers, while beach houses on stilts will enchant you. 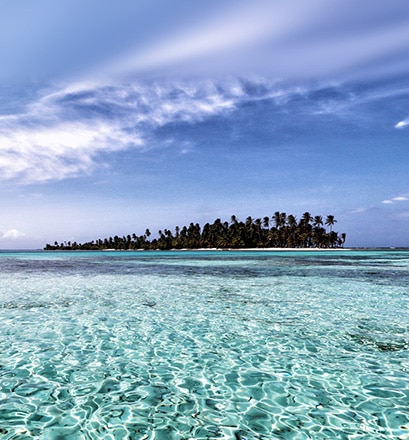 Situated along the north-east coast of Panama, the San Blas Archipelago's coral islands are spread out in the heart of the Caribbean Sea. More than 300 small islands are spread over a distance of almost 300 kilometres and offer a multitude of treasures. Sheltered behind a long coral reef, the San Blas Islands are teeming with idyllic stopovers one after the other. The long stretches of white sand touched by crystal clear waters allow travellers to relax and admire an incredible marine fauna, before heading off to meet the indigenous Kunas community. Still living through hunting and fishing, they give a warm welcome in their villages at the bamboo houses gathered near the beaches.

What are the customs in Panama? How should I behave? What do they eat? Here's some useful information to help you get to know this exotic destination a little better and fully enjoy your Central American cruise.

Dos. Throughout Central America, regardless of the standard of living, it is recommended to always to be nicely dressed.
Don'ts. Haggling is not part of Panama's culture.
Don't be offended if someone looks like they're blowing you a kiss: using your lips rather than finger to point at a place, a person, or an object is common in many countries in Central America.

Contrary to popular belief, the Panama hat actually comes from Ecuador, where it popped up around 4,000 BC. It owes its name to canal construction workers who christened it the Panama hat. Visiting the construction site in 1906 wearing one of these hats, US President Theodore Roosevelt also contributed to the hat's international fame.

Sancocho, Panama's national dish, is a tasty stew made with chicken, sweet potato, pumpkin, corn on the cob, onion, garlic, coriander and oregano. It is traditionally served with rice.

Recommended reading. La Fille de Panama by Jean-Michel Thibaux (Paperback, 2002) tells the story of Louise, a 20-year-old Provençal girl in 1879... Harassed by her uncle, she leaves him for dead and flees to Marseille, where everyone is talking about Panama. She decides to head out to this new world with fake papers. Upon arrival, she discovers the difficult living conditions on the canal construction site, the indigenous populations, and everyday life in sought-after Central America.
The Path Between the Seas: The Creation of the Panama Canal, 1870-1904, published in 1978. Pulitzer Prize winner David McCullough tells the epic tale of this gigantic project. A long history of political moves, medical progress, technical advances, and tragic events is intertwined with the destinies of the women and men caught up in this spiralling tale.

Music. Songwriter, salsa singer, actor, and politician, Rubén Blades has been an icon in Panama since the 1970s. His catchy songs and politically charged lyrics inspired the documentary Rubén Blades is not my name, directed by Abner Benaim in 2018.

Film. When coach Robert Arcel (Robert De Niro) discovers Roberto Durán, he's convinced that the young boxer from Panama will become one of the best of all time. Hands of Stone (Jonathan Jakubowicz, 2016) traces the career of this boxer who reached the pinnacle of the sport, and fought in the ring until he was 50.

The Darién Children's Foundation supports the indigenous populations of this particularly poor region by implementing nutrition, health, water purification and schooling programmes. Since its launch in 1990, the NGO has contributed to the well-being of more than 60,000 children. www.darien.org.pa

Goblin-like duendes are part of Panama's popular culture. Legend has it that these domestic demons are between 30 centimetres and a metre tall. According to popular belief, if you upset them, they might get back at you by trashing your house.

2990. It's the number of kilometres of coastline along the Caribbean Sea and the Pacific Ocean. It is easy to understand why the country is home to some of the most beautiful beaches in the world. Take full advantage during your Panamanian cruise!